Of all the natural wonders in the world, the Great Blue Hole of Belize is a snorkel’s ultimate fantasy.

At the center of Lighthouse Reef Atoll (a coral island encircling lagoons), is an underwater sinkhole formed at least 15 thousand years ago when the land was above sea level. Then the ocean began to rise, flooding the caves. Now it’s a 400 ft. deep Blue Hole in Belize and a cavern of underwater mystery. Encircling its 1,000 ft radius is a vivid living reef, this amazing structure can even be seen from outer space!

The Blue Hole snorkel stop is to be enjoyed for its prehistoric nature and the grandeur of its enormous underwater stalactites. Adding to the trill, are the resident Caribbean Reef Sharks which sashay from the deep blue.

You will also explore the explosion of marine life along the walls of Half Moon Caye and Long Caye, as midnight parrot fish dart among the gentle swaying gorgonians.

Ambergris Divers packs this trip to give you every perspective of the sites visited, from the deep caverns to the shallower ends rich with vibrant marine life. Plus a stopover at the island of Half Moon Caye for some island time and a quaint visit to the White faced Red Footed Booby Bird Sanctuary – a special encounter with these rare specie.

Inquire About This Tour

Begin this tour on a sunrise cruise to Lighthouse Reef as you enjoy breakfast, the breeze, and the day’s new sun peeking from the horizon. Travel time onboard our custom dive boat is 2.5hrs.

*Upon online purchase choose your preferred trip date – we will contact to confirm scheduled trip date, or any other details *

May move trip up/down a day or so.

*Upon online purchase choose your preferred trip date – we will contact to confirm scheduled trip date, or any other details * 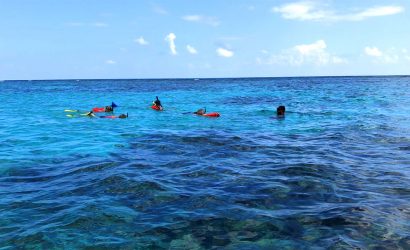 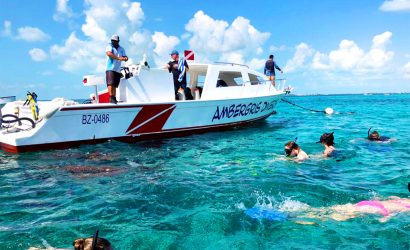 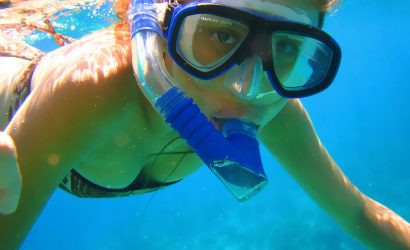